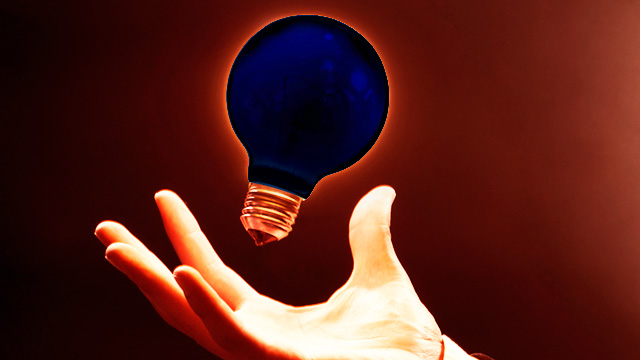 The dark side of light: negative frequency photons

The impact of something we thought couldn't exist has now been detected.

A cornerstone of modern physics is mathematics. Like it or not, without the tools provided to physicists by mathematics, physics would be dead in the water. But (and this is something that all of us forget on occasion) solving equations is not the same as understanding the physics. A critical step in the development of physical insight is to recognize which solutions to an equation might correspond to reality, and which do not.

To give a concrete example, the equations of physics are blind to the direction of time, yet we know that solutions that involve time going backward are usually (but not always) invalid.

Unfortunately, as a recent publication in Physical Review Letters shows, even the brightest and best can get this wrong, and do so repeatedly over the course of years. A team of physicists has shown that light with a negative frequency (thought to be a quirk of the equations) actually, in some sense, exists.

A team of researchers has shown that, in some sense, negative frequencies can be observed through the generation of radiation with a positive frequency. To explore this idea, they looked at very intense light fields moving through certain types of glass and glass fibers. When the light field is very intense — as is the case when a very short, intense burst of light is created — this can lead to some very cool effects. In particular, when the light is passing through a material, the light field pushes the electrons around so hard that the electrons start to push back.

In a material like glass, the electrons can only move so far before they will be ripped away from the atom they are bound to. The harder you push them, the more they resist. So, for a weak light field, the electrons move smoothly back and forth in exact imitation of the light field that is pushing them around. As they move in response to the field, they radiate light at exactly the same color.

But when the field is very strong, the electrons don't follow the field exactly. If they did, they would be ripped away from their parent atom, and the field isn't strong enough to give the electrons enough energy for that. Instead, they just stop moving at some point. The result is that the electrons radiate light at all colors. Or, more simply, our pulse of light with one color generates another pulse of light with a different color. As the two pulses travel together, energy is drawn from the input pulse and placed into the new pulse, so as long as they overlap, the second pulse will grow brighter and brighter.

Warning: Things are about to get complicated

This process is all described by Maxwell's equations for the propagation of light through a material. But the solutions to Maxwell's equations are rather weird. Remember, every light field is described mathematically by a positive and a negative frequency. If we just consider the positive frequency component, then there are four solutions to the equation. These correspond to light waves that have positive and negative frequencies, and waves that are travelling in the same and opposite direction to the initial pulse of light.

Of the remaining two solutions, one has a positive frequency and travels with the generating pulse, allowing it to be amplified. This is commonly observed. The last solution corresponds to a negative frequency, also travelling with the input pulse. This solution, which should produce photons with negative energy, was thought to be an artifact of the equations and did not correspond to anything physical.