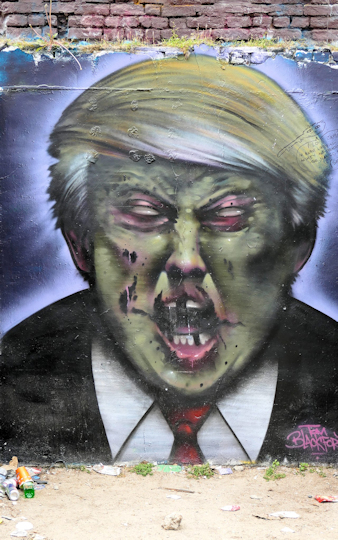 So you cant understand why such an obnoxious creature as Trump won – let me offer a viewpoint. I know you have been to the USA; to California, New York, Washington and the Miami beaches. Some of you will have ventured to Boston, Chicago, Seattle and have been shopping in the Twin Cities. Well let's make it clear all of these areas in their masses voted for Clinton.

It is in the other parts of the country which I have travelled through that the answers may well be found. Here is the rust belt, the dust bowl and it is where average joe is trying to get by. There is pain here. The standard of living has declined over the last decade and longer. These families have lived and worked there their whole life and feel they are further behind now than when they started. They think they no longer belong to the places we know and go to. These familiar areas have a different culture, different people and have economies that they neither partake in, nor fully understand; and certainly they don't benefit from them. They believe that the career politicians in Washington are in it for themselves and have no desire nor ability to doing anything about their plight. And all they want is to have a decent life for them and their family - but seem to have been forgotten by all politicians.

Trump addressed their simpler world in language, though obscene, cut through the crap of Washington-speak. He didn't talk about foreign policy he talked about American Policy. It wasn't fiscal calculations but jobs, building roads and using the land and its resources for You the American people. So this huge group voted mostly against further stagnation and decline that they thought would come from being led by someone in the same old elite club as before.

When something is not working, doing the same again wont help. They didnt, in general, vote for Trump they voted for change ... The fact that he is an odious liar was given, unfortunately, too little weight.